In addition to intense story experiences, the modpack adds many game mechanics to your game, some simple and some highly complex. 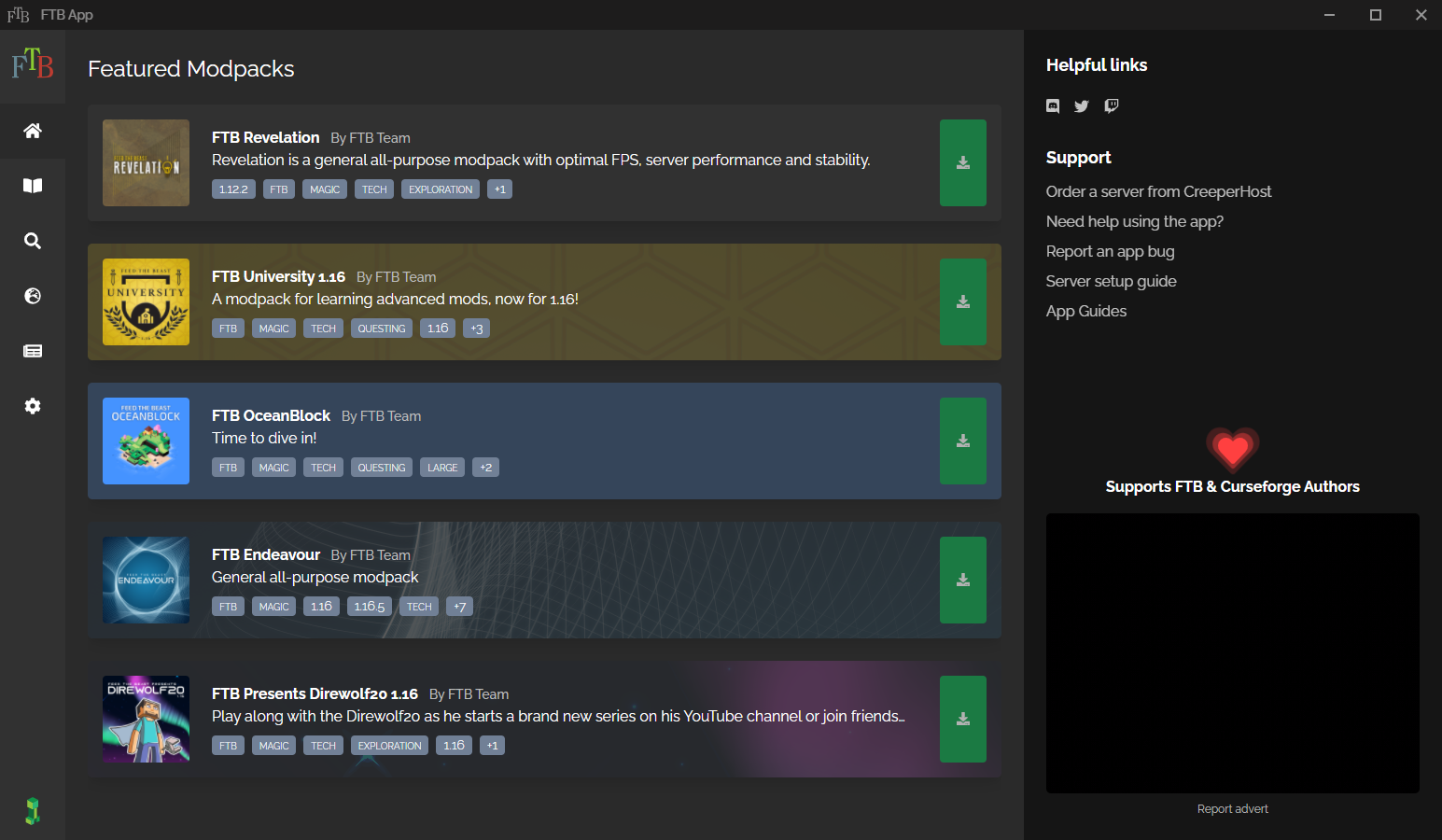 The advantages of FTB

Should you decide to use the specially created FTB Launcher, you will already experience the practical advantage of being able to play both Feed the Beast and your normal Minecraft version - with the mods already installed beforehand - with it.

The Feed the Beast version is enhanced by particularly technologized mods like ComputerCraft, Forestry or Industrialcraft.

Thus, the modified game experience offers a much more complex world than the vanilla version of Minecraft, where you have new resources and crafting options, but also have to provide power and electricity.

The introduction of robots, trains and even items from the popular Portal game series makes Feed the Beast seem perfect for an end-time adventure. And various modders have already taken advantage of this.

Do you want to create an end time atmosphere? With the Feed the Beast Mod Pack tailored Blast Off! you will be transported into a post-apocalyptic world. Resources and crafting in general didn't survive the nuclear war very well, so even Minecraft veterans will have to get used to the setting again.

So the Feed the Beast modpack offers a lot, especially for lovers of exciting single-player adventures who feel like trying new things. At the same time, this pack is always expandable, as the Blast Off! Pack proves very well.