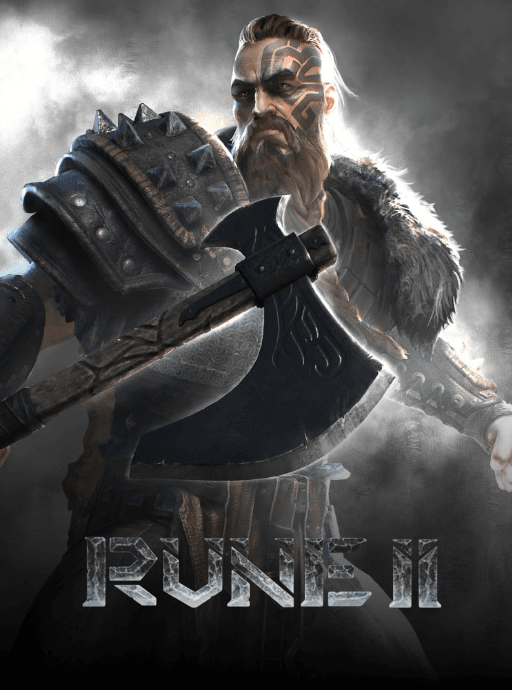 Get ready for Rune II, the battle at the end of time. "Rune II" takes you to the world of Norse mythology and sets you only one task: prevent Ragnarok at any cost. But don't worry. To accomplish this almost impossible task, you'll get the help of your fellow warriors - and divine assistance.

728 Reviews
RAMN/A
Disk spaceN/A
Slots4 - 24
Vouchers
With our link
10 % for everything
5,50 €4,50 €
1,37 €/Slot
0,90 €/Slot
To the offer
For links on this page Gameservercheck may receive a commission from the provider.
* This recommendation may be paid advertising. Gameservercheck stands 100% behind recommendations.

The end of the world

The end of the world (Ragnarok) is initiated and the battle for the earth, Midgard, begins. Loki, the god of chaos, is doing everything in his power to put an end to humanity. As a hero or heroine, you face this threat with your fellow combatants or in single player mode, but help also comes from an unexpected corner. Even the gods don't want humans to be wiped out. In order to survive in the fight against Loki, the gods Odin, Hel and Thor offer you their help. Choose one of the gods and ally yourselves. After you have chosen, the god you have chosen will lend you his powers so that you have a fair chance in the battle for Midgard. Ally with your fellow players and go into battle against Loki and his minions!

Get ready for Rune II, the battle at the end of time. "Rune II" takes you into the world of Norse mythology and sets you just one task: prevent Ragnarok at all costs.Butdon't worry. To accomplish this nearly impossible task, you'll have the help of your fellow warriors - and divine assistance.

Ragnarok is beautiful and full of details

The developers of Rune II have not skimped on the graphics. This game is so authentic, detailed and lifelike that you absolutely can't get enough of it. Do you have a special emotional attachment to your limbs? If so, you should avoid having your arm or leg cut off - you won't die from it, but you will have to continue fighting one-handed or one-legged! Blood flows abundantly in this game (which is why it is rightly only released for players over 18) and the fights are realistic as well, but violence is to be expected in any war game. What makes "Rune II" stand out are of course the additional magical elements, which are given by the pact with one of the gods. Thus, a simple war simulator in the Norse world becomes a war in mythology. Weapons, equipment, the characters, the landscapes - all these things are graphically polished to the last detail and are dreamlike to look at. So if it weren't for the constant appearance of enemies who want to cut off your head, "Rune II" would be a wonderful game for simulating walks. Let yourself be enchanted by the beautiful world, the exciting story and the magical effects and immerse yourself in the world of the gods Odin, Thor and Hel. Beta testers and first-time players have had a blast playing "Rune II" and we look forward to hearing what you think!

Is your survival spirit awakened??

The game is already being awaited by the community with great anticipation and players can hardly wait to throw their characters into the battle for Midgard. Can you manage to stop Loki and his brigade and prevent Ragnarok?If you want to experience "Rune II" for yourself, we will help you find a server and compare the providers on the net for you! All you have to do is choose the best offer and start your adventure!